Siddharta SCherrmann Barbosa - All about the ambitions, Contests and dreams of a swiss surf newcomer...

The name of that young man should get noticed. Siddharta Scherrmann Barbaosa.

The international Newcommer with this calm, sympathetic aura and his swiss german Zurich accent. The other day, I was able to invite him and his mentor to my appartement to get to know him. Shortly after arriving, the calm and almost shy young man got bubbly and told me many details about his still such young life and his future goals in Surfing. Born in New York, the surf talent got raised in Zurich, Switzerland. As the son of a passionated surfer he took his first rides on a surfboard in Long Beach, New York, at the age of eleven years, guided by his father. Eversince then that sport caught him.  His dream from then on was to be able to go surfing after school. In 2014, him and his family went on a world travel tour, which also stopped by in iddle and South America. He saw the best waves ever in his life there. This year indeed was very instructive and impressive for the young man. Back in Switzerland Siddhi then had a break of surfing for a whole year due to the duties of his mum who took care of his grandparents at the time. He decided, to spend all of his future school holidays going surfing. In school he was by far the only one out of his classmates who was interessted in surfing. He wouldn’t bother to let go of this passion. In early 2017 he travelled to portugal with his family and younger brother for their winter and spring holidays. After he successfully finished school, Siddhi left Switzerland again. All by himself he travelled to Peru for three months to improve his surfing skills. He then directly went back to Portugal and Spain, where he participated at the Swiss Surfing Championship 2017. A major and enriching experience for the young and exited surfer. Back in Switzerland he than worked up to ten hours a day all over Christmas Season to finance his upcomming planned surf trips. In Winter 2018 he then travelled back to Portugal – his first travels where he took his younger, just as surf fascinated brother Surya with him. At spring 2018, they then continued to travel to Indonesia and then back to Peru. Organized and planned was the trip by their loving mum. You can tell that Siddhi is very independent and has a big sense of responsibility, surely because of his travels and taking care of his younger brother at Barbosa’s young age. In Chicama, one of the most famous surf destinations of Peru he caught one of the longest waves in the world. Those waves are truly up to four kilometers long. The speed on the water is about 35km/hour – the average speed of an expierenced surfer when he rides a wave. A very enriching expierience for the young surfer.

How does a proper preparation and training of a surf newcommer look like ?

Barbosa explains that the surf travels and the surfing that comes with it are the real training units. A surfer is in the water from the morning for up to four hours total time and same in the evening. These are eight hours of a full body workout per day – the ordinary working hours of an office employee! A very supportive training is skating a Surfskate, where you do the exact same moves as on a surfboard. Stretching, cardio and hit workout such as balance training needs to get included in a proper surf preparation plan. Working out with heavy weights isn’t necessarily great as it can limit the moves of the muscles. The mental training is absolutely essential for becomming a great surfer. A surfer must always visualize his success and prepare for catching this perfect wave. Every surfer needs to be mentally strong as the conditions of the waves gets bound and set by the sea – always ! 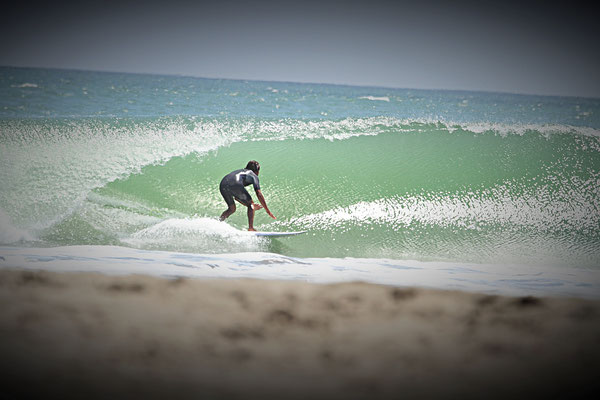 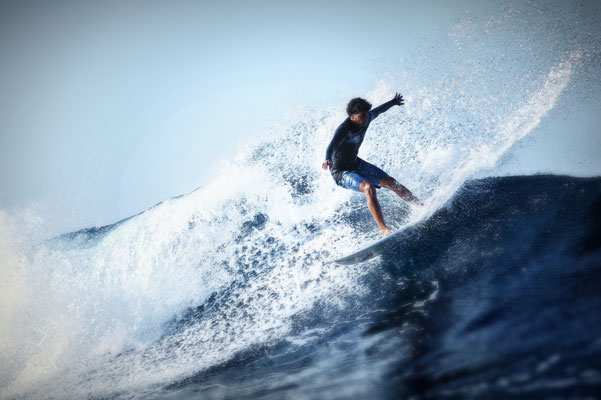 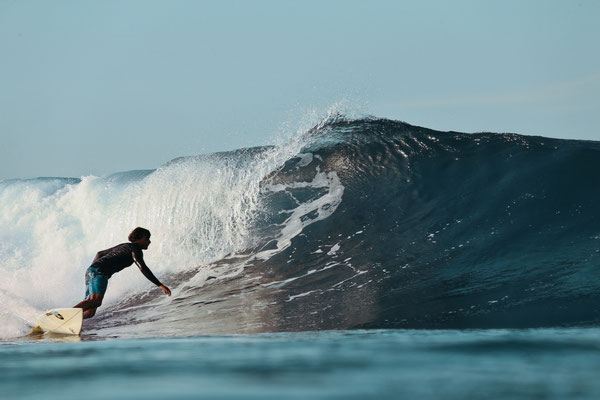 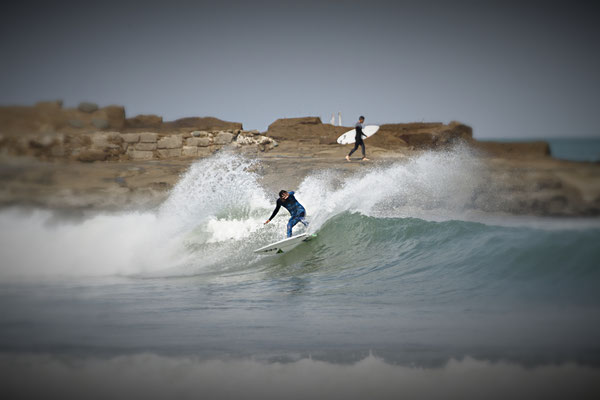 How is such surf competition set up Siddhi ?

A competition is set up in five rounds, additionally the quarterfinals, the semifinals and the finals. In each round there are two until thirteen heats, depending on the size of the competition. That heat includes two to four surfers that surf against eachother. A surfer and his heat approximately up to thirty minutes in the water. Each wave caught gets judged by the Judges but only the scores of the two best waves of each surfer gets calculated. With this calculation, each surfers position within the heat gets determined.  The total number of points then decides whether the surfer gets one round further or if he drops out of the competition.

A surf competition usually takes a week up to ten days time. It depends on the swell, the condition of the waves and weather. Candidates can be lucky or very unlucky, laughs our surf newcomer Barbosa. At the end, every surfer needs to have lots of luck in his luggage when he travels to a competition or a championship.

What are the next step of our local surf newcommer ?

After Siddharta travelled to several surf destinations this summer – he tested his skills in Indonesia, Bali, Lombok and Sumbawa – he recently travelled to Spain to participate at the Swiss Surfing Championship for two weeks. Beforehand, he had a short stop in Zurich to see his family. After that, Barbosa will surf at he ISA World Junior Surfing Championship in Huntington Beach, California. For this trip he will add two weeks of surf training. Further goals for the year 2019 are to participate on the International Surf Association’s World Championship as an adult and to make a proper surf movie. For this wish, he surely gets heaps of support of the surf community such as support of his family and fans. Of course he once wants to live at a surf hotspot, could it be any different !?

His big dream and goal is to become the first swiss surfer, who is a member of the World Surf League Championship Tour. As ambitious as the young man appears tob e, I am sure that he will reach that goal. I am more than happy to having had the chance to get to know him and I am very much looking forward to whitness him on becoming a real pro surfer.